This system includes a built-in dot-matrix printer.  It is in poor condition and needs extensive restoration work.  Photos below are before any restoration has begun.  We also have complete documentation and software for this system.  It was in working order when it was deinstalled. 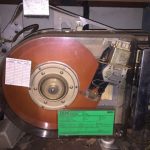 Moving System/32 to its new home:

Our system/32 was moved on 7/9/06 to our storage facility.  Since it weighs nearly 750 pounds, some creativity was needed to get it onto the trailer that was used to move it.  Check out the progression below: 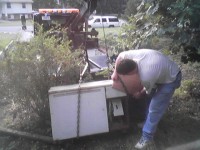 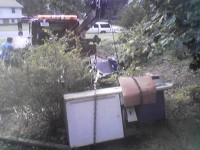 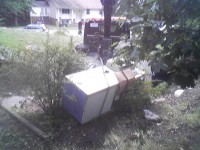 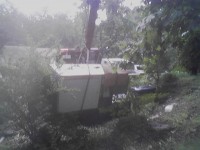 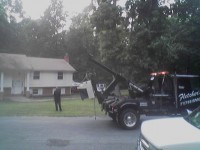 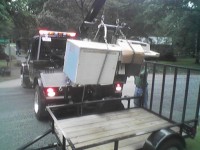 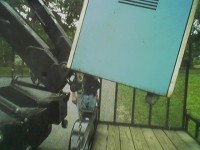 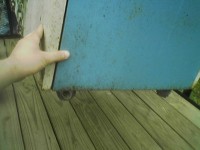 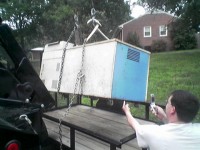 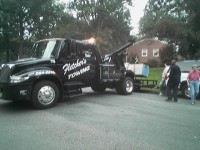 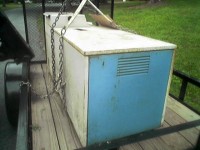 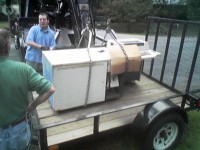 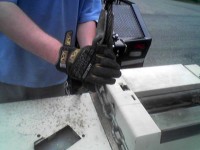 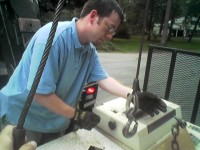 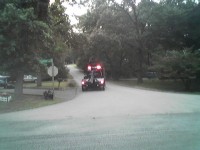 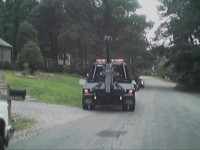 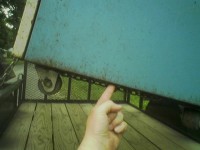